We travelled to Birmingham a few days before my surgery because I had to have a pre-operative assessment. This happened to be the week of super heavy snow but thankfully we made it just on time! Usually they do the pre-operative appointment a week or so before surgery, but to save me travelling up twice they changed mine to two days before which was so accommodating. At the appointment they did two rounds of blood tests half an hour apart, and in between I had an appointment with a nurse. I am a total wimp when it comes to blood tests so it’s probably a good thing I didn’t know they were doing two rounds in advance (I think it was five or six different tests they were running in total). I thought I was acting so calm but Nemanja had to tell me to stop talking so much because I had total nervous word vomit and was yabbering away to the nurses at record speed. After the first blood draw I went and sat down with another lovely nurse who ran through the procedure with me and confirmed all my details. 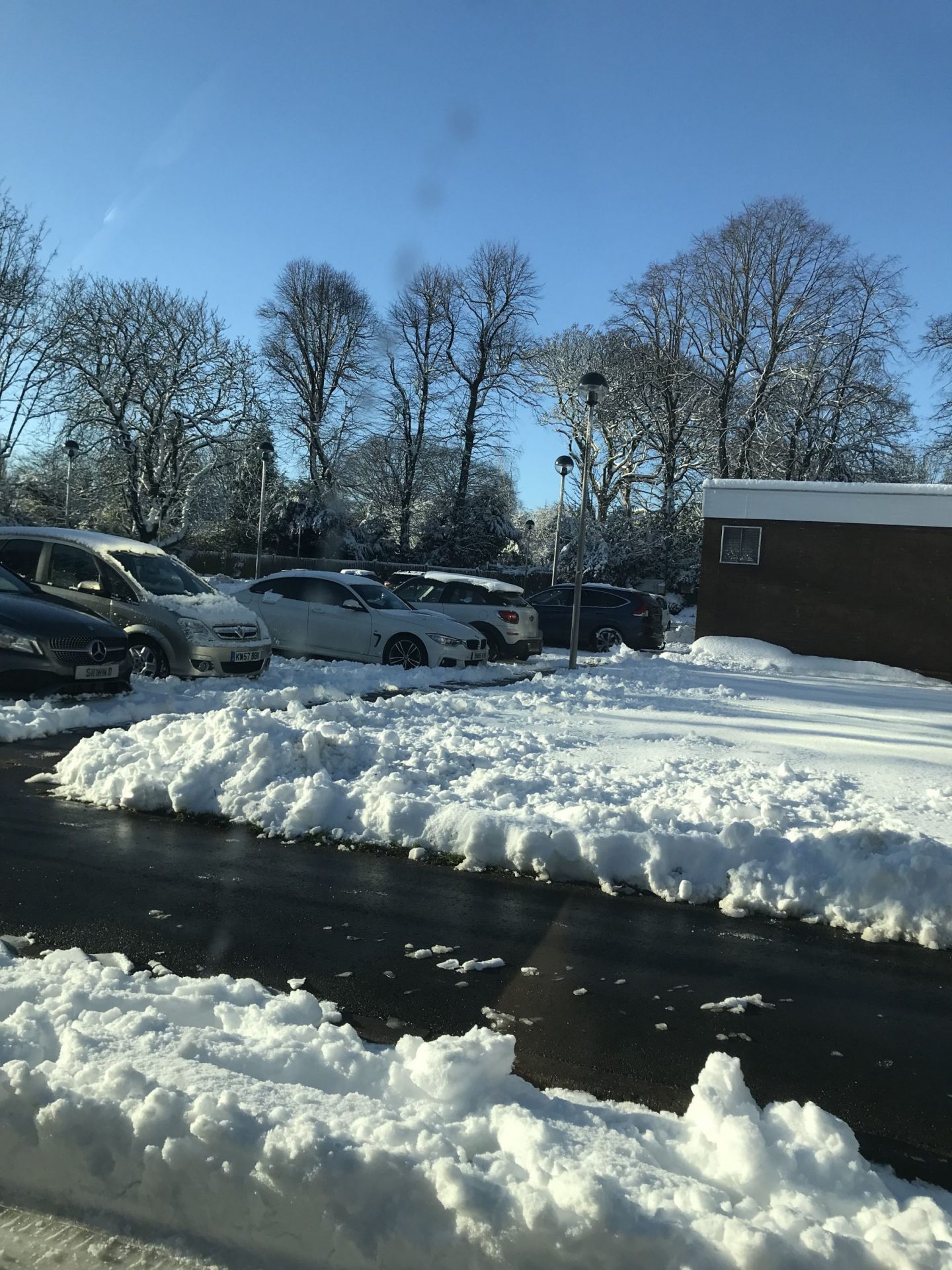 The procedure I was having was a laparoscopy where they would perform excision of Endometriosis and excision of adhesions (scar tissue that can build up from previous surgeries, as a result of inflammation, or as a result of your immune system responding to the foreign Endometrial tissue that shouldn’t be there). I had also elected to have a dye tests where they inject dye into my uterus to see if it can flow freely up my fallopian tubes to my ovaries. They do this test to check for any blockages within your fallopian tubes as this can indicate issues for future fertility if an egg wasn’t able to move down into the womb after it is released. I was also swabbed to check for MRSA and had my height, weight and blood pressure noted during this appointment. It all started to hit home when we were running through all the information that it was so close to my operation date.

The nurse asked me if I had any questions so I asked about the bowel prep that I was doing the following day. This prep involves taking a prescribed laxative cleanse to clear everything out. It is easier for the surgeon to see Endometriosis and remove it safely from an empty bowel. You have to fast the day of the bowel prep which I was a little worried about because I usually eat very regularly throughout the day and can feel a bit dizzy if I don’t but she reassured me and gave me some tips of things I can have, like clear jelly, herbal teas and squash in water (but to avoid blackcurrant). Then it was time for blood draw round two, this time in the other arm. I left feeling like a pin cushion and I always get a bit woozy after blood tests so we went for some lunch to make me feel better (a great excuse for Pizza Express) and then checked into our Airbnb apartment. It was really nice to have our own space to chill out, but I ended up going to bed really early as I wasn’t feeling great. I think my nerves were kicking in and I had a cry that night because it was all becoming very real. 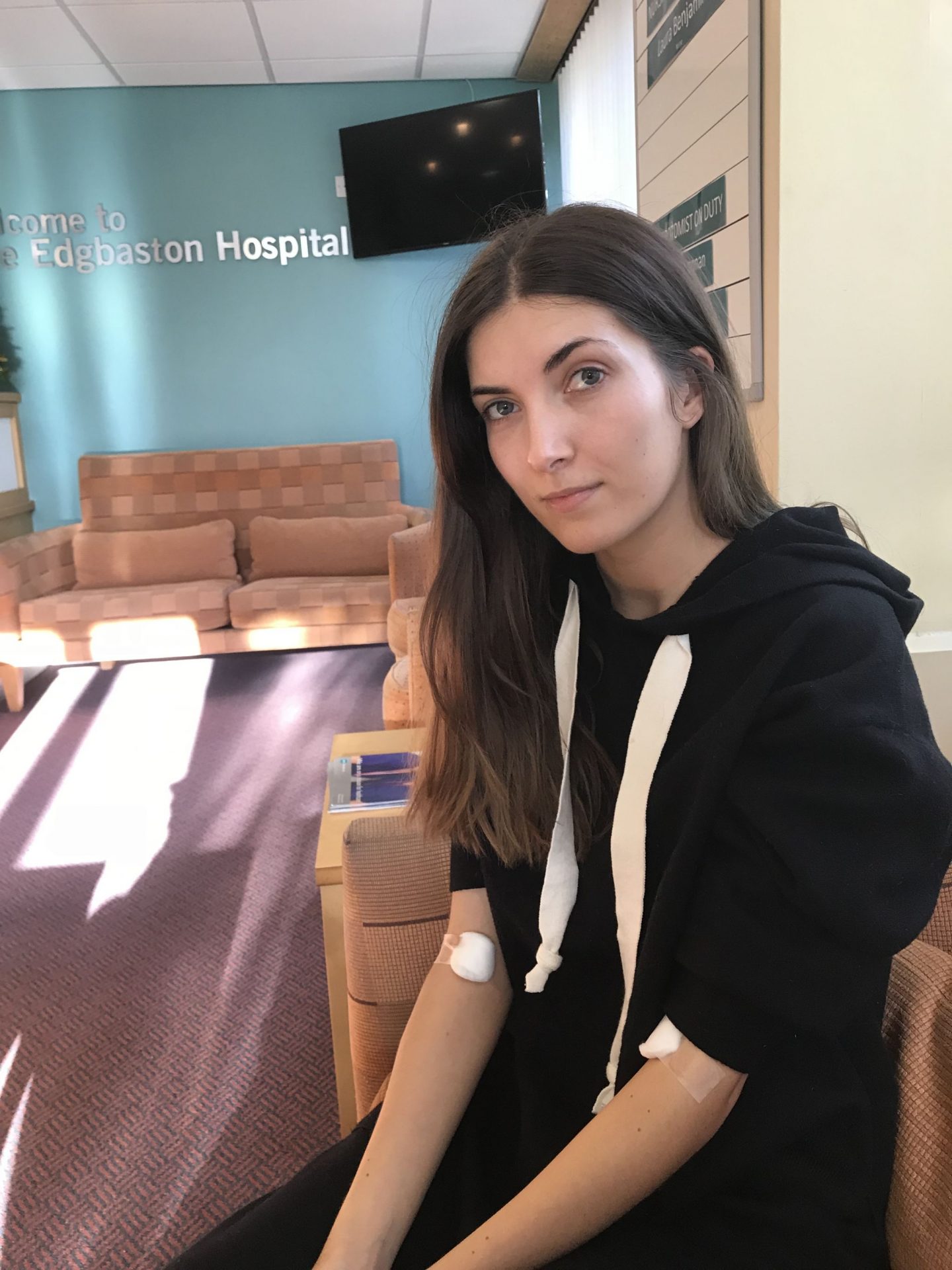 The next day we got up early and went to the supermarket to do a big food shop. This was pretty torturous because I had to start fasting after breakfast but we thought it would be a good idea to have a stocked fridge for Nemanja to have easy dinners while I was in hospital and food for when I was back in the apartment recovering. I got some squash and jelly pots and a million different herbal teas since that was all I was allowed for the day! I had a pretty boring day watching movies to take my mind off being hungry while Nemanja revelled in eating Chocolate Orange (my absolute favourite) beside me. I actually made him eat his lunch on his own because I was getting so hungry and irritable. I drank so many herbal teas and glasses of squash to try and distract myself but all I could think of was food! 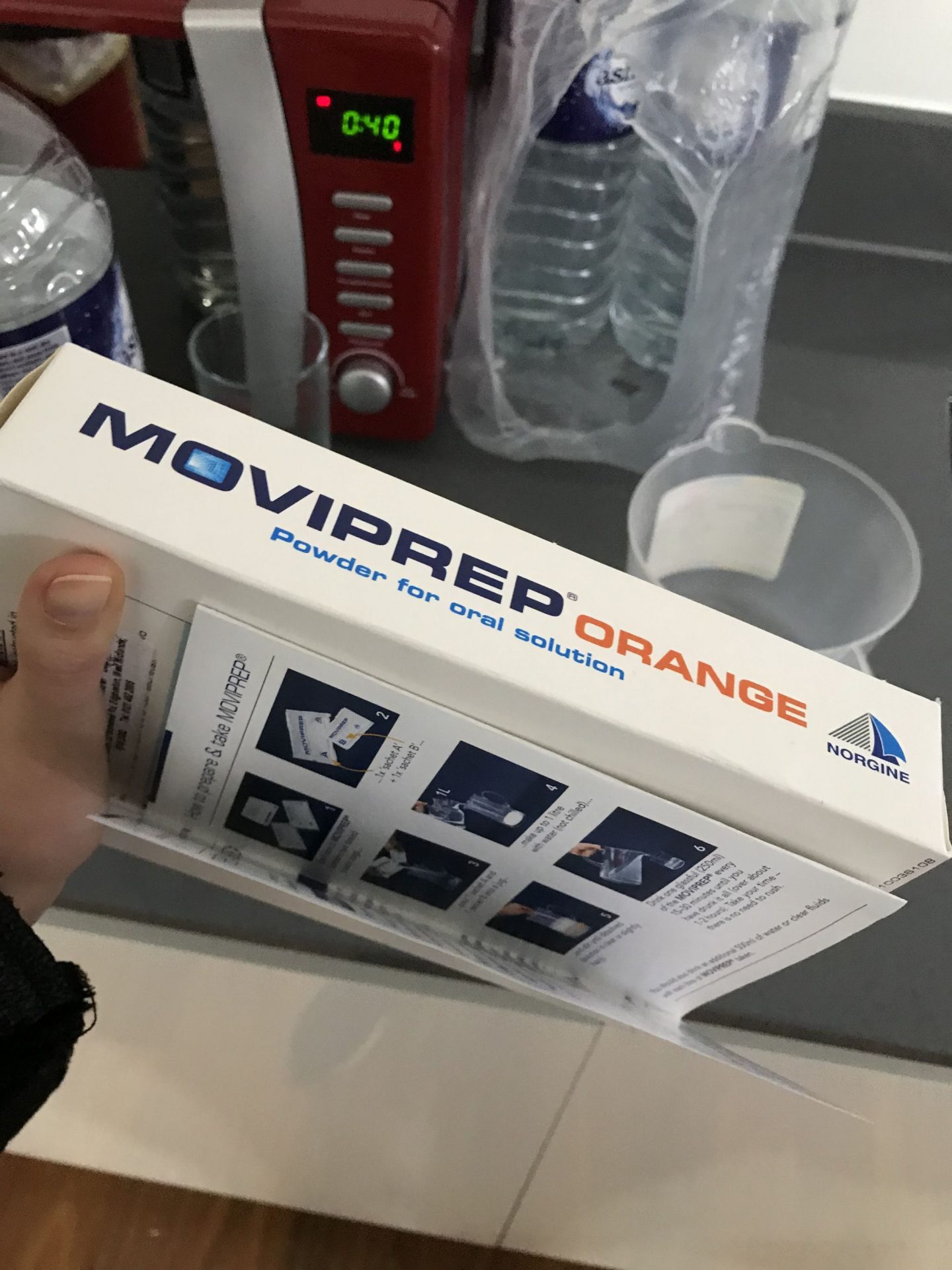 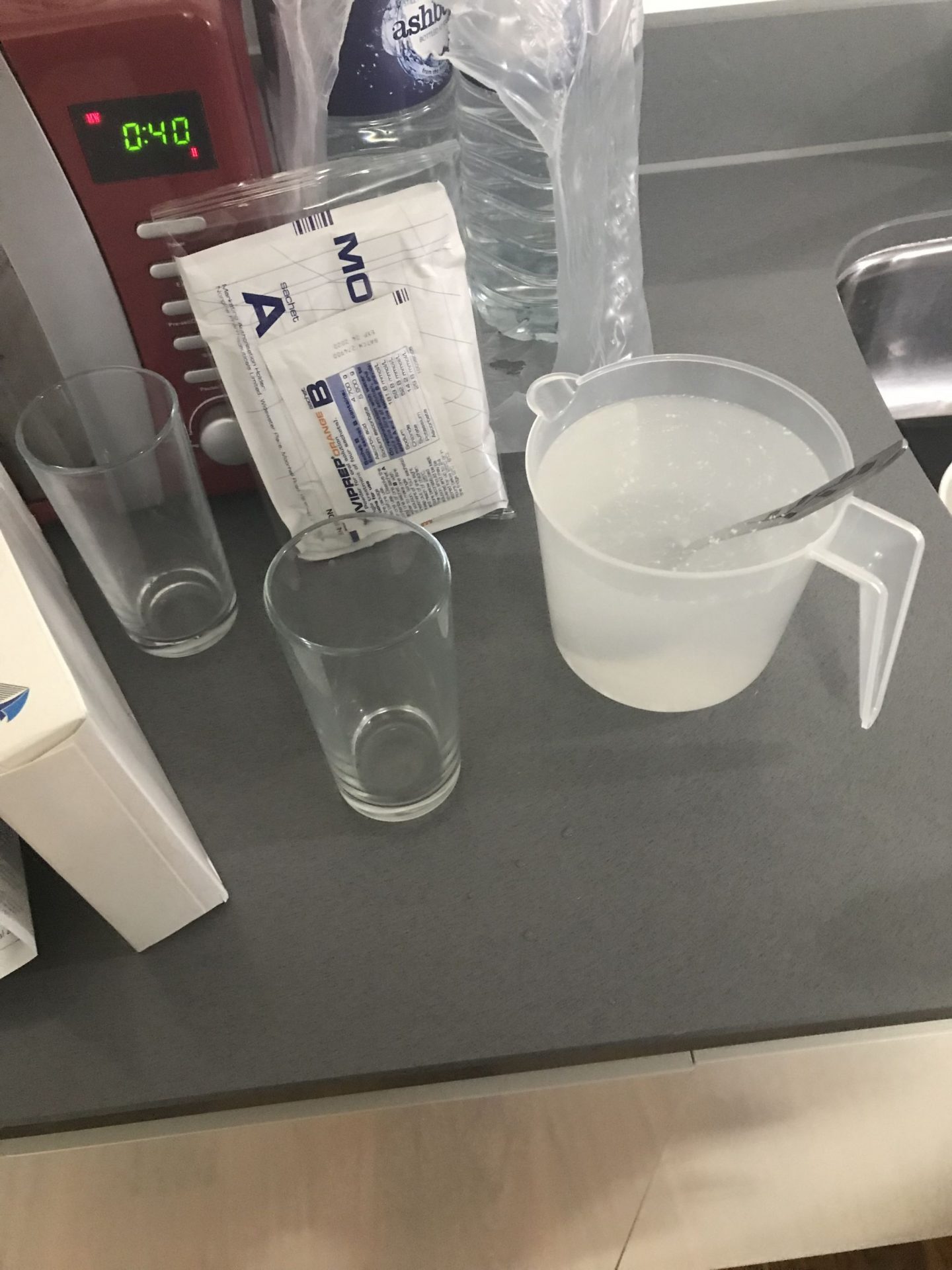 That evening I started drinking the Moviprep solution. You mix up sachets of powder with water and not going to lie it tastes like orange syrup mixed with sweat so it’s not the best thing I’ve ever had.. but I put it in the fridge which helped. You have to drink two litres of it in total and should drink another litre of water along side it over the course of a few hours. I don’t think you need me to go into detail about what happened next, but I had heard horror stories about the bowel prep and really it wasn’t that bad. Be prepared with some wet wipes and a Netflix series and you are set. It’s never going to be fun but I had so much anxiety about it beforehand, that I was really relieved when it was over and hadn’t been as awful as I had anticipated. I was up quite late so I didn’t get much sleep that night but I think I was so nervous I wouldn’t have slept much anyway. 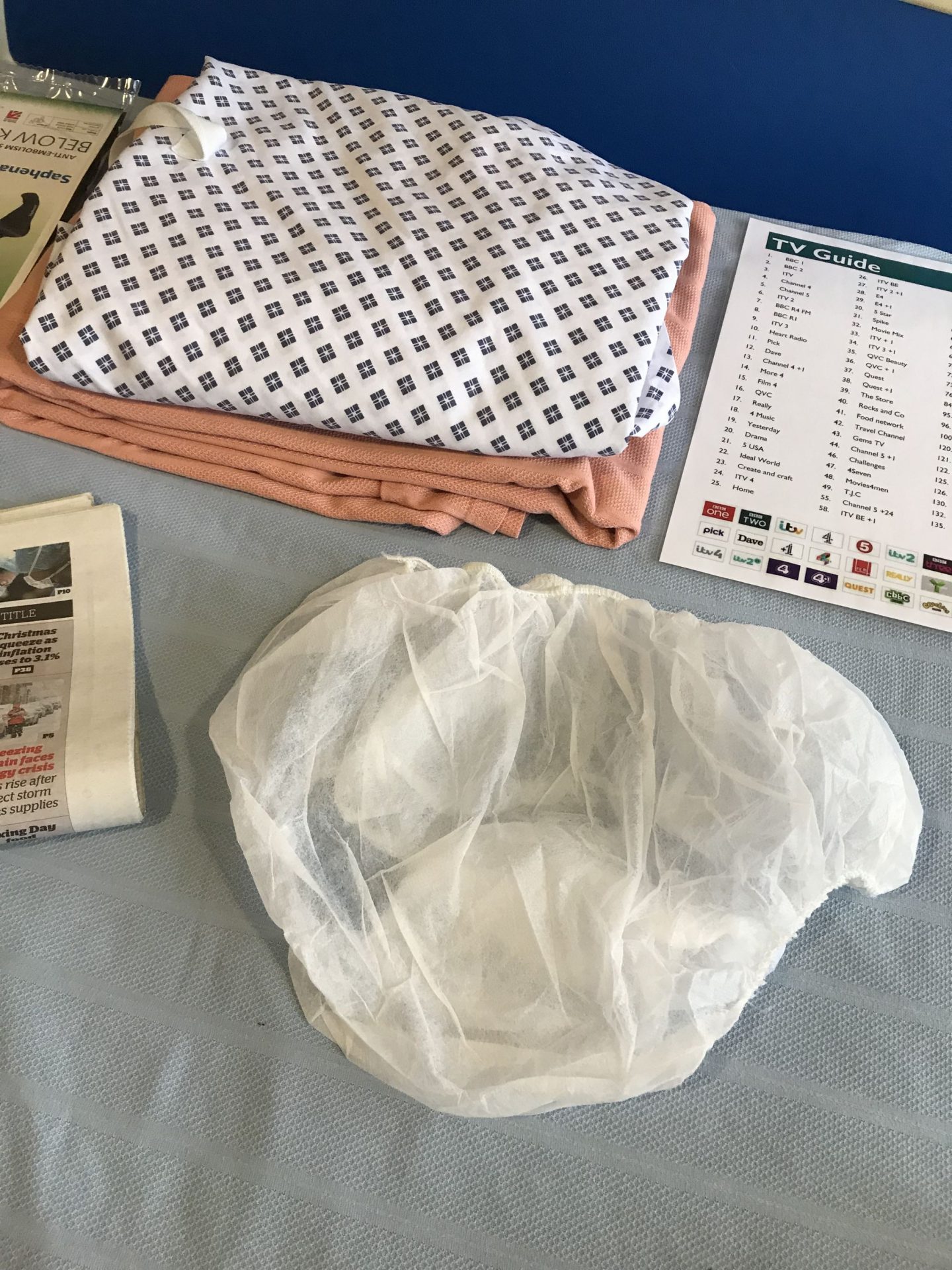 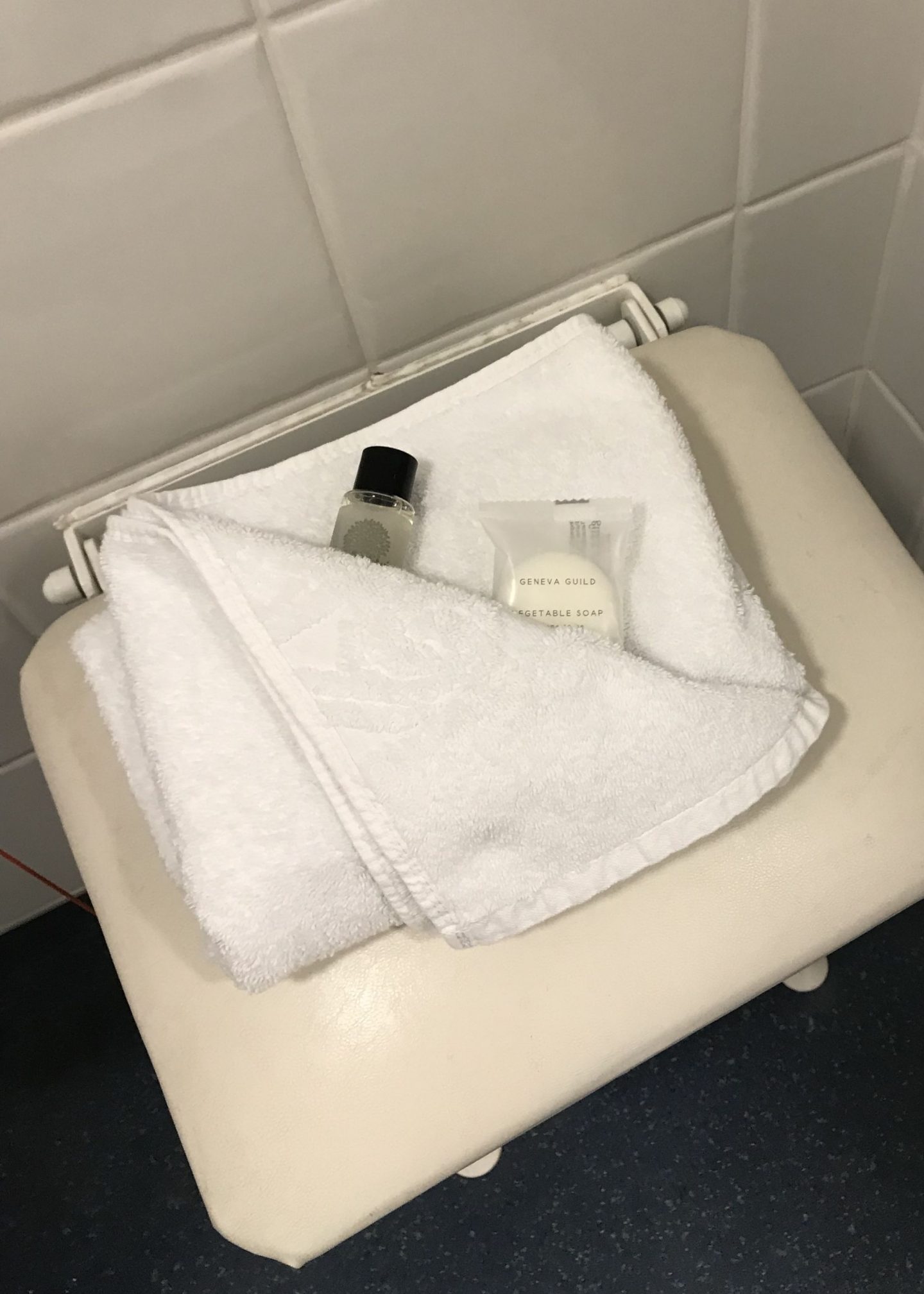 I was weirdly calm the next morning, and got myself ready and packed a bag to take with me with a nightdress, dressing gown, slippers, underwear and toiletries and off we went to the hospital. I actually think doing the bowel prep was a good thing because I was distracted by how starving I felt, and Nemanja kept me calm by joking about what I would eat afterwards. I was given a hospital gown to change into and what I thought to be a hair net which turned out to be giant paper knickers! I just wanted to get the operation over with at this point. I was having my procedure in the BMI Edgbaston Private Hospital where I had my own room and bathroom. This was my first time staying in a private hospital so I was amazed they even had mini toiletries like a hotel. 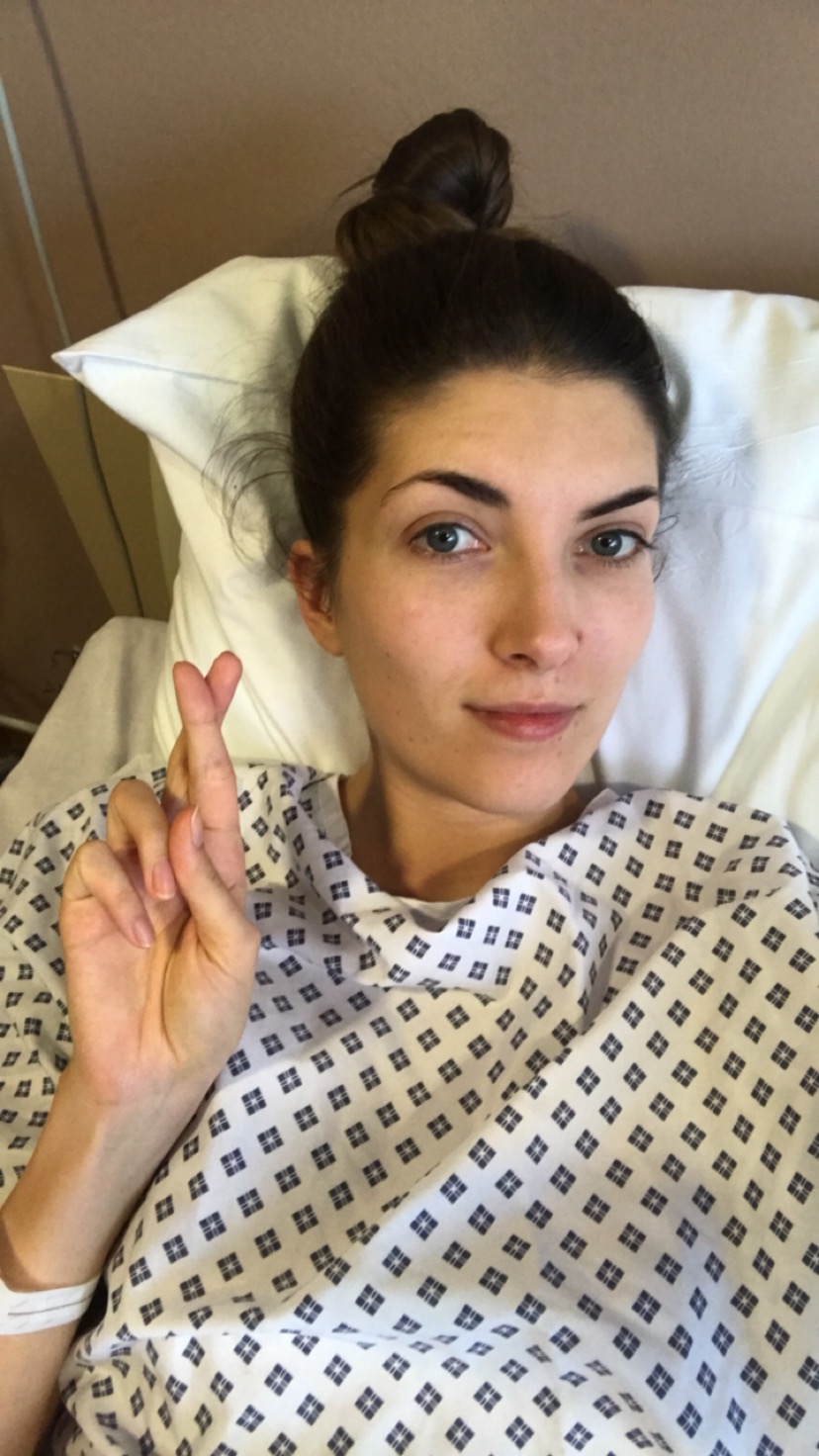 We settled in and waited, it was quite a while before I was taken down to theatre. I texted my friends and family to keep busy and finally it was time to go to theatre at around 4pm I think. It was really important to me to try and stay in as positive a mind set as possible so keeping myself distracted by talking to everyone helped me not to panic too much. Nemanja walked me as far as he could and gave me a kiss before I went off in the lift to meet the anaesthetist. He was a really lovely man who was cracking jokes while he was putting in my cannula. I was so thankful for his cheery spirit as laughing is a good remedy for nerves. I asked him if he would talk to me during the surgery even thought I would be under general anaesthetic, as I had read it helps keep your stress levels down and helps with a fast recovery. I think he thought it was a bit of a strange request but he promised he would give it a go. Finally Mr.Mann popped his head around the door and I knew it was time. I was given the anaesthetic and I felt it go through my body like a wave. Im pretty sure I managed to say ‘I feel weird’ and then it was lights out..