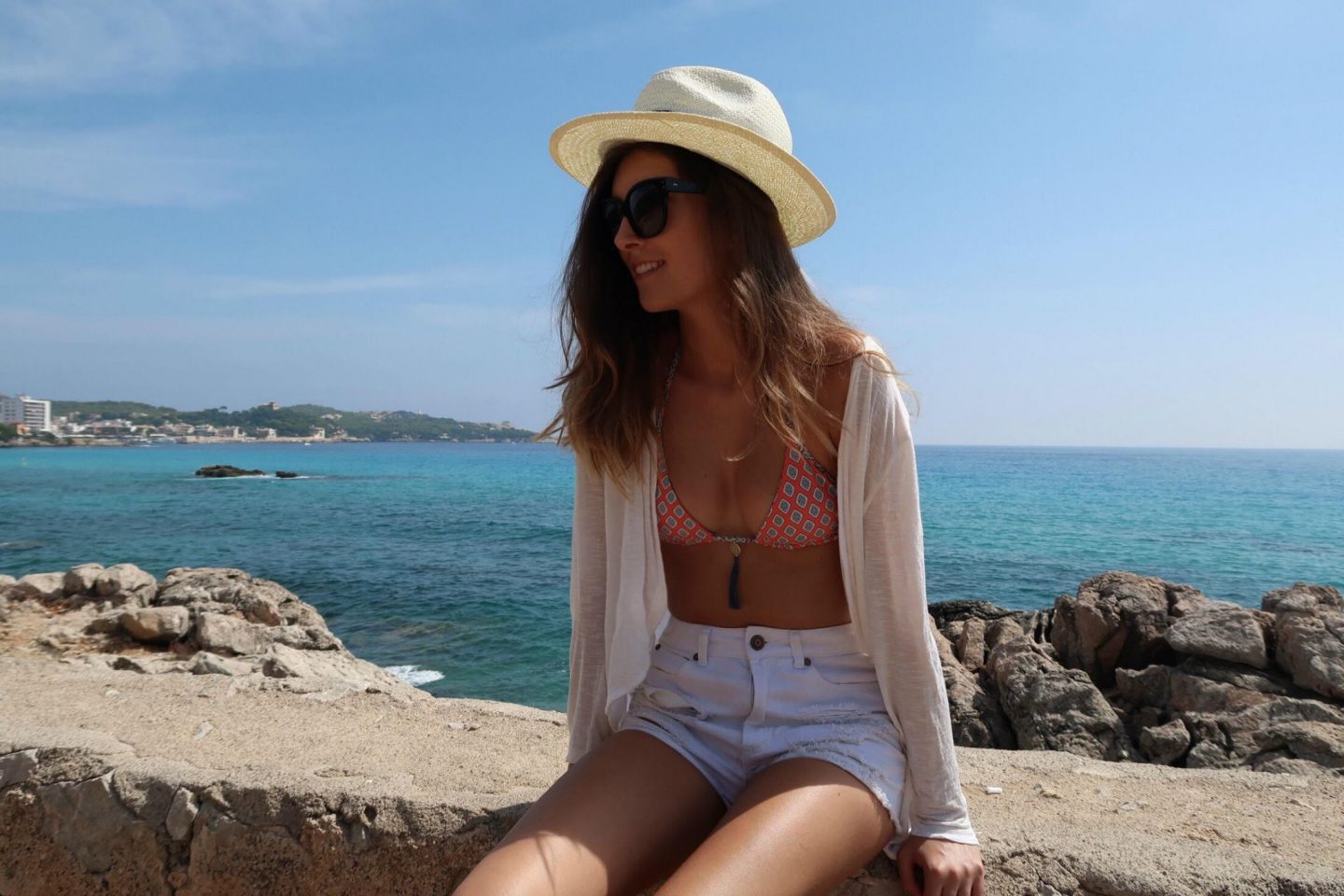 So I need to start with a preface so you don’t think I’m a horrible person; don’t get me wrong, I love my family and I really miss not being able to see them more regularly since I moved away. But I have found a very strange thing happens when I go and stay with my parents.. I become seventeen again! Now usually I would be all for reversing the clock of ageing and be ten years younger but alas this time warp is only situational and my wrinkles have not equally regressed. As a background to this post, I lived at home until I was twenty one. I stayed at home all through university and the beginnings of my modelling career too. I lived in my family home with my Mum, Dad and older sister Ruth in Ballsbridge and loved it. I took the leap and moved out and moved country all in one go and went to London to pursue modelling in a bigger market. What was meant to be three months sussing out the industry in London, has turned into five years and now a mortgage with my fiancé here.

Naturally living in another city and being responsible for paying bills and keeping our flat from turning into a landfill, I had to change my ways and be less messy (I say less because I am never going to be a clean freak and organise my socks by colour) but I can now throw it down with bleach and keep the place reasonably presentable. My inner teen definitely is still in there because if I’m going on a night out it’s a given that my room will look like someone set a bomb off in my wardrobe. I can hear my Mum’s voice in my head telling me I’d better sort that out pronto or I won’t be going anywhere, but now I accept that I will have to deal with it the following day with a hangover and that is punishment enough for being a slob. It is nice being able to do things at your own convenience and if you can’t be arsed to do the dishes on a Friday night and watch a movie instead, that’s cool.

I recently stayed with my parents in Mallorca for a week which was great fun. We went swimming, ate gorgeous food, drank too many cocktails and spent lots of quality time together. There are however some challenges with being back together under the same roof, mainly being that everything reverts to how it was when you were a moody teenager who had to be cajoled into doing chores, and your parents are ready on defence to kick you up the arse. I was discussing this with a friend that had just been home for a weeks holiday and experienced the same time warp. It’s all too easy for everyone to slip back into the familiar roles we once had. The problem is we have become used to being independent and so now being told what to do can be a bit of a shock to the system. This can then be the time where you snap back to having world war three with your mum over petty things, but it’s important to take a step back and be that independent adult that you want to be treated as.

After being annoyed for so many years by me not cleaning my room and instead hiding all my clothes under my duvet so I could go out, I can’t really be surprised that they expect me to pull some of my old tricks. I have to prove now that I don’t need the incentive of wanting to go out with my friends to clear the table and do the washing up. After all that’s what I do in my own house and I am happy to pull my weight so I think it just takes a while for us all to transition from parents and children to a group of adults. I realised that as much as I can get frustrated, that offence is the best defence; instead of waiting with held breath for a comment to be made just go and do the washing up even if you’ve cooked so you can get on with having a great time together. After all I probably do owe them a few years at least of doing so. If all else fails, Skype your big sis for a rant because you will soon realise how stupid the things are that grate on you. Once I stopped waiting for the old roles to happen things relaxed and we had the best time enjoying each others company and making memories together. Now there are thing you have to expect like them taking the piss of you taking selfies and trying to explain the concept of posting pictures on instagram but would they really be parents if they didn’t do that?! It was one of the nicest trips I have had in a long time and I came back so relaxed and refreshed.