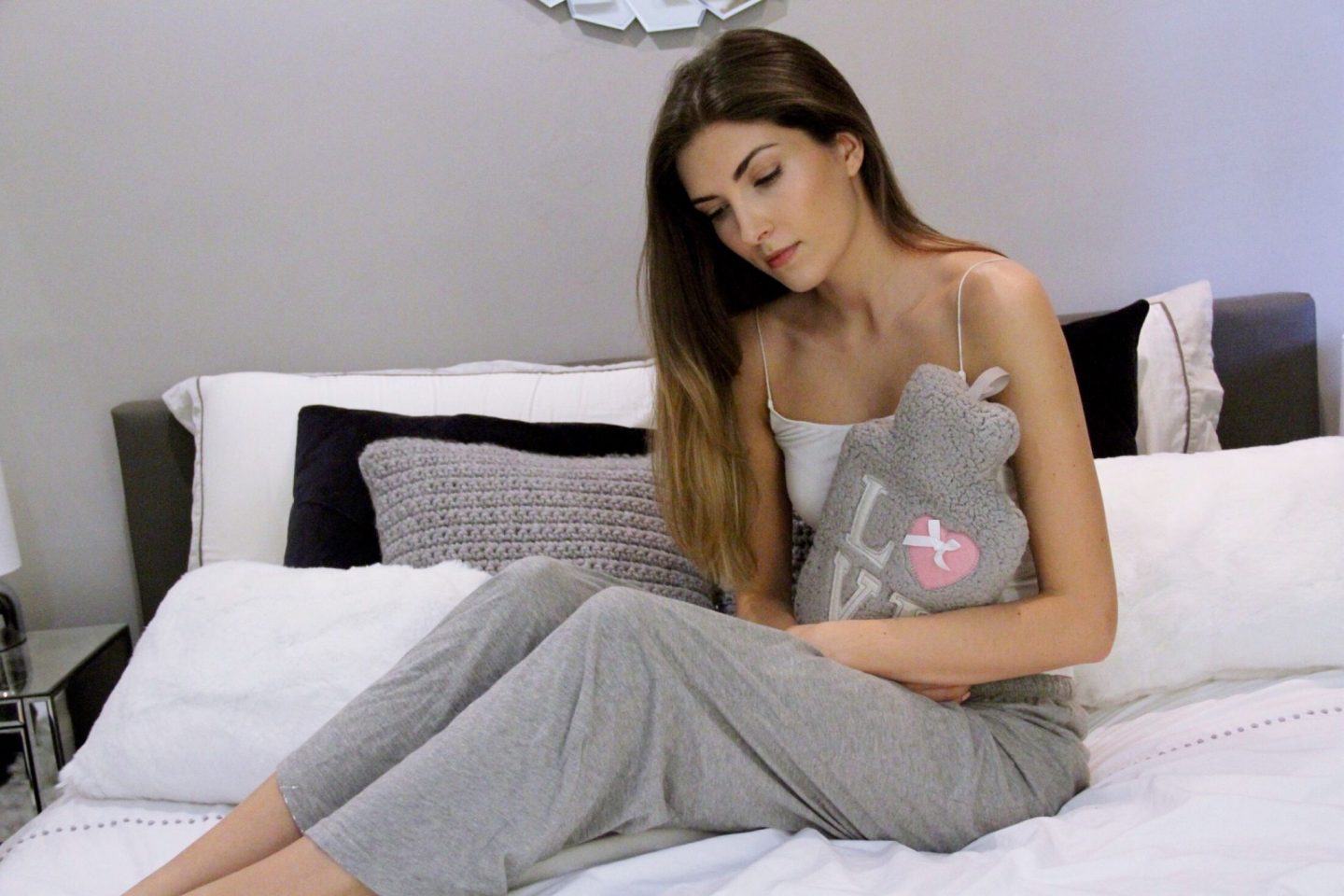 On the morning of 11th of August 2016, my boyfriend dropped me to my local hospital for 7:45am. It was finally the day where I would have my diagnostic laparoscopy and finally get some answers. I was told on arrival that because I was having the procedure in the women’s gynaecology ward I had to go in alone. I wasn’t aware of this beforehand so I was a bit taken aback. My boyfriend had taken the day off work so he could wait with me, but he was told to go home and they would call him when he could collect me. I was pretty nervous about the surgery itself and also the possible outcome, so I felt a rush of panic set in knowing he wouldn’t be there when I woke up. The surgeon came around to discuss the procedure with me beforehand. I expressed my concern about scarring due to my work as a model and she said she would make the incisions as neat as possible, which was a relief. I was taken into theatre prep and given anaesthesia via a cannula in my hand. The anaesthesiologist told me to count down from ten. I only remember saying ten.. nine… and then it was lights out.

The surgery itself took approximately 45 minutes. When I woke up I was in and out of sleep as the drugs wore off. The surgeon came to my bedside soon after I was brought out. I was fighting against the anaesthesia to stay awake long enough to hear everything she said. She told me that they had found Endometriosis and performed Diathermy (laser surgery where they burn the endometrial tissue that they find). I was in shock. I know I shouldn’t have been.. as I knew something was wrong, but finally hearing it as fact made me catch my breath. I asked the nurse for my phone and called my boyfriend. I was so worried I would fall back asleep and forget what she said. Of course I thought I was making perfect sense on the phone, but apparently I was slurring my words and still completely out of it. I managed to tell him my diagnosis and asked him to call my parents and let them know too.

I found the fact that I wasn’t allowed to have any visitors really hard at this point. Waking up in pain and having to hear my diagnosis so soon after surgery was rough. I was totally alone and drugged up while trying to process it all, and I was completely overwhelmed. I knew from my research before the surgery, that it was an incurable condition. I lay in that hospital bed wondering what it meant for my future; Could my relationship withstand me being ill forever? Would my dreams of having kids one day ever be a reality? Would I be able to continue working if things got worse? I was devastated and thinking of all the worst case scenarios.. I felt utterly defeated.

During the operation they pump your abdomen full of gas so they can easily look around. Well let me tell you, the remaining gas hurts like hell. The trapped gas rushes to your shoulders when you sit up and it was like a stabbing pain. I had read about this online but was not prepared for just how painful it was. I also didn’t react well to the anaesthesia, and was very dizzy and nauseous. The combination of feeling sick, the pain from surgery and trying to take in everything, made me break down in tears. I wanted someone to hold my hand and tell me it would be ok.

I thought I was going to be sick so I pressed my call button to ask the nurse for anti sickness medicine. She returned a few minutes later, tossed a sick bowl onto my bed and closed my curtain and left without a word. I have witnessed many incredible nurses who do such amazing jobs but I really felt let down that day. I later asked for help getting out of bed to go to the loo, but was told I had to go on my own. I had to cling to the wall as I made my way down the corridor as I was so unsteady on my feet. I can tell you sitting down and getting up off the loo is not easy right after abdominal surgery. Another nurse finally came and administered anti nausea medicine. I managed to sleep for a bit after this. I was sent home around 6pm that evening. I hobbled out to my boyfriend who took me to the car. I must have still been high as a kite because I apparently told him that my anaesthetist was drop dead gorgeous and called him McDreamy… Cringe (you can tell who has watched too much greys anatomy) oops! Definitely not my finest moment and I’m sure he was a bit miffed but at least he didn’t make any video evidence of my embarrassing state.

It took twice as long to get home as he was driving so carefully, bless. Every bump in the road hurts. I was thankful I had brought a pillow in the car to hold against my tummy as a shock absorber. I had read this tip online and I was glad I did it. We were living in a third floor flat at the time, so I was dreading getting up the stairs. Once I was in finally in bed I was in a lot of pain from all the moving around. That’s when we realised I hadn’t been given any painkillers by the hospital and only had paracetamol at home.. I hadn’t even thought to ask about pain relief as I was so focussed on the surgery itself. I had to call my GP the next day for something stronger as I was really struggling. I found it hard to lie down comfortably so I slept propped up on pillows, almost sitting upright for the next few days until the gas pain in my back and shoulders started to subside. I had read that drinking peppermint tea is really good to help this but I couldn’t stomach more than a few sips. I was physically and emotionally drained after the surgery. I had been so focussed on getting answers that I hadn’t really thought about how to deal with actually getting them. It was a huge relief to finally know what was going on in my body but it was a hard pill to swallow. There were so many ‘what if’ situations swirling in my mind but there was one thing I knew, I was more determined than ever to put my health first.

Note: I do not have a medical background and can not offer medical advice. I am only speaking from my own experiences and sharing my personal story in hopes of raising awareness. For anyone going through similar situations you are not alone. If you are struggling, speak to your GP about being referred to an endometriosis specialist. You can find a list of hospitals on www.bsge.org.uk if you live in the United Kingdom.